A.D.: New Orleans After the Deluge by Josh Neufeld 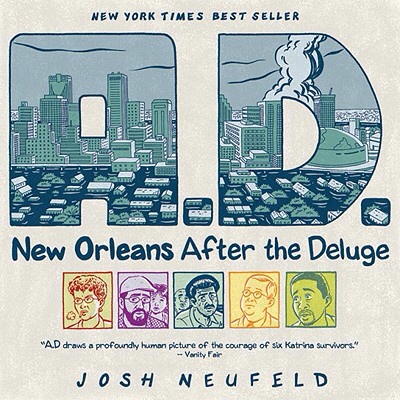 A short non-fiction graphic novel on the US Katrina disaster, A.D.: New Orleans After the Deluge is a one hour long read, tops. Nice work, but has its deficiencies – while brilliantly drawn, it lacks the unique tension of a kind that makes your jaws clutch, like, say, Joe Sacco’s Safe Area Gorazde does.

From pure documentary standpoint, it definitely loses out to Spike Lee’s deeply moving TV classic When the Levees Broke: A Requiem in Four Acts, a meticulous look into Katrina disaster and its aftermath.

Here, the Katrina events are more circumstantial as they relate to the five families Josh picked as his subjects. Some of them are actual Katrina survivors – some are its refugees, evacuated before the wind and the subsequent floods – and the story follows them in a patchy manner, starting from the week preceding the storm and later in the week that followed – plus a glance at how they are coping a couple of years down the road.

The only moving moment in the book, imho, is the depiction of armed looters and thugs by one of the survivors, Denise, taking refuge in the Convention Center. As opposed to the mainstream image, where non-Caucasian thugs looted and raped the weak and the meek, here they are presented as a people’s militia of sorts, restoring order in the abandoned center and administering food and water rations. Well, each coin has two sides, I guess. 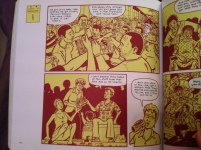