A tiny play about a couple of neighborhood hard-men inadvertently auditioning for Don Cammell and Nick Roeg’s Performance movie in 1968. Welsh, as usual, is the master of lowlife poorly educated street folk dialogue, and it is exactly this, a chit-chat with a twist and a bit of blackmail and nudity. Funny, eh

The Wild Party by Joseph Moncure March and Art Spiegelman 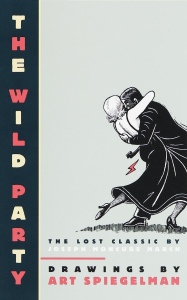 Wow, such a wholesome, rhythmic, totally jazzed-up poem from the roaring twenties, a true gem by Joseph Moncure March, then managing editor of the recently established The New Yorker magazine, spiced up with Art Spiegelman’s black and white drawings of 1994.

First published in 1926, two years before Bertolt Brecht’s similarly tuned Three-Penny Opera hit the stage, in those careless final years of laugher and prosperity before the Great Depression and War, this short barely a hundred-page long smashed up, sexed up, and cocked up narrative drama of a lovers’ fight, seduction, jealousy and vengeance in a bubbling new New York apartment, propped against a totally Gatsbian wild party atmosphere, is definitely the best piece of frivolous poetry I’ve read in a while.

Queenie was a blonde, and her age stood still,

And she danced twice a day in a vaudeville.

Lip-smacking, invigorating, well ahead of its time, and quite contemporary today.

House of Games by David Mamet 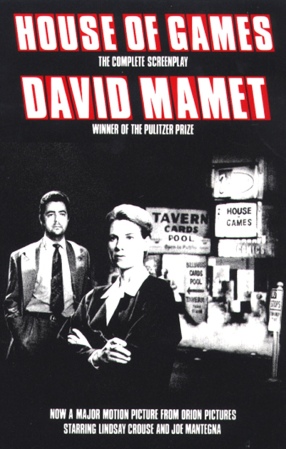 Reading the original script of David Mamet's debut 1987 movie is a delight. A brilliant playwright and a brilliant filmmaker, Mamet's con men story keeps you glued to the pages, on the tip of your toes, anxious to move forward. A short 60+ page masterpiece.

A perfect read on a bench in the park. I need to watch this movie again – and soon. 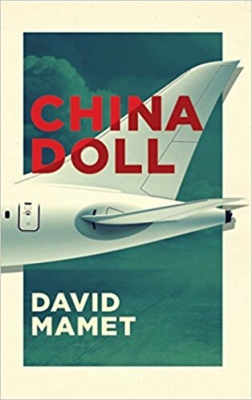 Now, man, what are the chances? After a long biography of Marc Rich which I had finished just yesterday, when I picked up China Doll, David Mamet's last play, to read it queitly in the park this Saturday morning, I had absolutely no clue that it was a book about a local governor using the vast power of US federal government to strike a crushing sledgehammer-strong and disproportionate blow against a retired billionaire/adversary of his over a tax saving scheme that turned sour.

Not David Mamet's best play, but I would interested to see it on stage, Al Pacino playing Mickey. The Premiere was in November 2015, it got a lot of poor press – but is it still on? I'll check it out.

A short play about Scotland's royal infantry coming to Iraq in 2004 to support Uncle Sam's pet invasion of the House of Saddam.

A modern play, it would probably be perfect and quite entertaining if I attended a theater performance – off a kindle page, however, words, stories, scoffs and swearing from the retired Black Watch vets touched me a lot less.

Nonetheless, it has a good balance between “support our boys” and “what in the world are we fighting for”.

Well, we'll need to get fucking used tay it. Bullying's the fucking job. That's what you have a fucking army for.

The Anarchist by David Mamet

Somehow, it's been a while since I last read a new Mamet's play. And it's always been a treat, with very few exceptions.

This time, the book caught me a bit off guard. Set up entirely as a dialogue between two women, one a prisoner, and the another, a warden of sorts, it was a bit difficult to plow through it at the beginning.

A third or so in, this Raskolnikov-like story caught up with me, and I did enjoy it. Not Oleanna, but still, quite nice. Sad no Mamet available in Moscow theaters – and I'm not sure he translates well.

A nice collection of three Mamet's shorts by L.A. Theatre. Less profound than his typical long works for the stage and cinema, however these 2 hours were worth it.

I would say that Bobby Gould in Hell is extremely funny, like classic Mamet funny. I would love to see that on stage.

The Reunion was nothing too great – or maybe just not my kinda thing.

And The Shawl was, umm, unexpected. Enjoy!

P.S. I realized L.A. Theatre is available on Russian iTunes at 1/2 of audible price, huh. As much as I love having all on the same platform, greed rules.

The Real Thing by Tom Stoppard 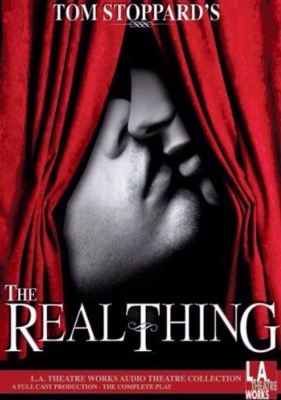 My weekend flying routine now has two fundamental pillars – a movie when I take off and during the flight, and an audio play when I land and later in the cab. Today, it was Jacques Audiard's De Rouille et D'os and Tom Stoppard's The Real Thing.
After I got into Rosencrantz and Guildenstern are Dead in late 1990s, I have read several Stoppard's plays in English and in Russian, but to my shame, I remember none. So this one, on love, adultery and doubt, I may have read already. Oh well. Not a clue.
Stoppard is quite a good playwrite – however, as compared to my fave contemporary drama author David Mamet, his stuff is much more minimalist-repetitive and it goes at a slower pace. Mamet's 1h40m play feels 2x as short as Stoppard's. Still, it quite a thing. A real thing, huh.

I mean, if Beethoven had been killed in a plane crash at twenty-two, the history of music would have been very different. As would the history of aviation, of course.

The Proof by David Auburn

Hell, I never knew that this play was so famous, Pulitzer and Tony prize winner and stuff – I just downloaded a random one that seemed ok based on audible.com reviews. Didn't know there's a movie of the same name by John Madden with Gwyneth Paltrow, Jake Gyllenhaal and Anthony Hopkins in it! And the play had Anne Heche and Jeremy Sisto.
The first part was rather slow, not too disappointing, but slow – but once the second half kicked in, it was then when I became all ears (audio play, no visuals, huh). And luckily, no math or math jargon involved – even the Enron play had much more special lingo.
The way I look at theater recordings now, they're my best pals on the solitary taxi ride from the airport – they're dramatized, and dramatized equals gripping. When the pilot says “Ladies and gentlemen, the plane now starts to descend, and we will be landing in Moscow [VKO/SVO/DME] airport shortly”, that's the moment to switch on a new play, listen to it furtively while the plane lands (I hate airlines' superstitious rules against electronic devices – at least they don't force us to pray, just yet), while I clear border control and customs, and then through the entire taxi ride home – and most likely, it's kinda over around the time I reach my doorstep or a few moments after. Nice, better than listening to some crappy radio. 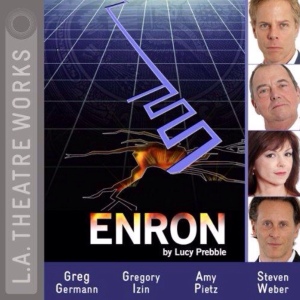