← End the Fed by Ron Paul
Werewolves of Montpellier by Jason → 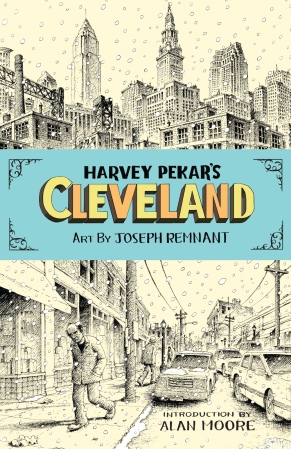 It's been a while since I read American Splendor, a while since I saw the movie. Not a huge fan of Harvey's, but given that he passed away in 2010, decided to read his last book.

Never been to Cleveland, probably never will be – for me, it's just a cityname with no strings attached to it. Much more for Harvey, I guess, even though he doesn't sound mad about it.

The book feels like it was written by an old fellow, tired and weary. Well, Harvey has never been a raving optimist. First he spills some city history (still don't get why), and then gives some bits of his life on fast forward.

The most interesting thing about the book though, in yours truly humblest opinion, are his whinings about the depreciating dollar and a working man's savings lost. Here, miraculously, Harvey is fully aligned with the honorable Ron Paul, whose End The Fed manifesto I am reading in parallel. The libertarian economist and a hospital clerk are pissed about the same thing – nasty inflation that steals people's savings and makes retirement a scary thing (picture 4).

In his solution (picture 5), though, Harvey deviates from the renowned GOP candidate and comes to a crooked conclusion – instead of advocating for sound money, he places vain hopes in Monsier Obama and in new taxes – taxes spent by the “yes, we can” president in a way that does little but pumps the inflation spiral further. Oh well, what would you expect – ordinary men tend to like the idea of socialism, wrongfully, as they will be paying for it as well.

One Comment on “Harvey Pekar’s Cleveland, illustrated by Joseph Remnant”