The Story of O adapted by Guido Crepax 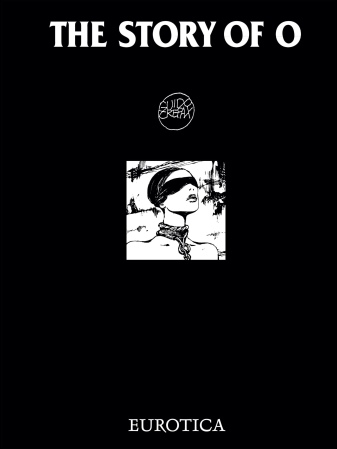 Browsing through comiXology bookstore directly on website, I realized that uncle Stevie is still censoring our stuff, even from his grave.

Guido Crepax's 1975 comic book adaptation (comiXology calls it “classic”) of a well known 1950s novel on female submission was something I stumbled upon filtering the store by books issued by NBM publishing.

Surprised that it didn't pop up in the graphic novels section directly on my ipad (damn, the selection is so tiny still, maybe 40 titles or so), I tried searching for it in the search line and via NBM publishing filter – and no, it simply doesn't show up on ipad. Censored out by Apple, huh. I'm pretty sure these folks would have thought zero seconds about cutting out the penises from Ancient Greek statues, a 1991 Tin Machine II incident.

I managed to trick the system – if you buy it directly through the website, you can then restore and read it on your ipad – one-nil, Apple.

Despite 170 pages or so, it's a quick read, barely 30 mins or so – it doesn't have too much talking, huh, if you get my drift ;-))) Drawn nicely, much less graphic than you would expect – still, naw, I ain't going to post screenshots this time, oh, no, sir.

And I still wonder why roughly 65 million ladies around the globe bought 50 Shades of Grey and not The Story of O. Pauline Reage is like Dostoevsky compared to this grey pulp.